In some parts of the world, spring has sprung and it may already be too late to gather fresh needles but if you are still buried under snow and ice, feeling like spring will never arrive, there is something that can be done before the shoots push up or buds open; collect new growth evergreen needles and flavour honey.

Spruce, Pine & Fir are all options as is a combination. It is easy to find recipes for needle flavoured simple syrups but I like the idea of doing something similar without a straight white sugar base. You won’t need alot of needles and a walk-about might let you discover a little bits of new growth for a new year! 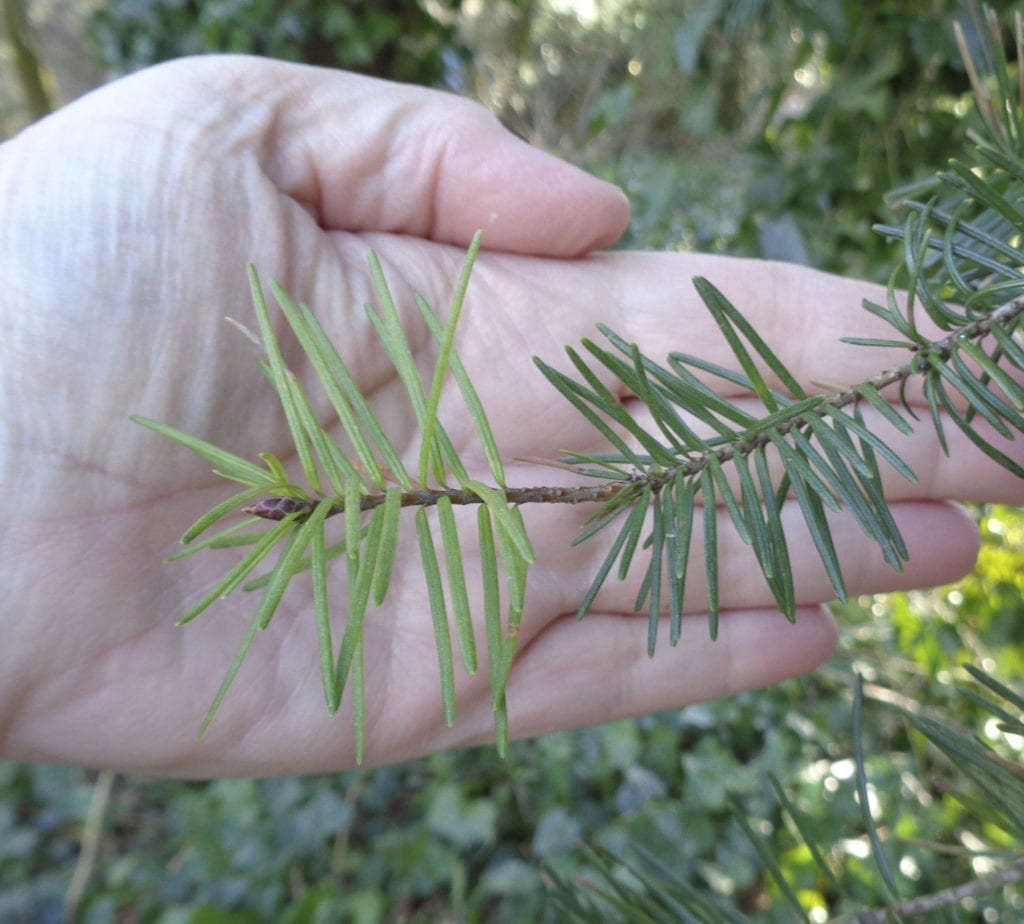 Choose fresh young needles. Look for the lighter coloured tips of branches and select one or two tips from each tree. Remember to ask, listen for a reply and say thank you. 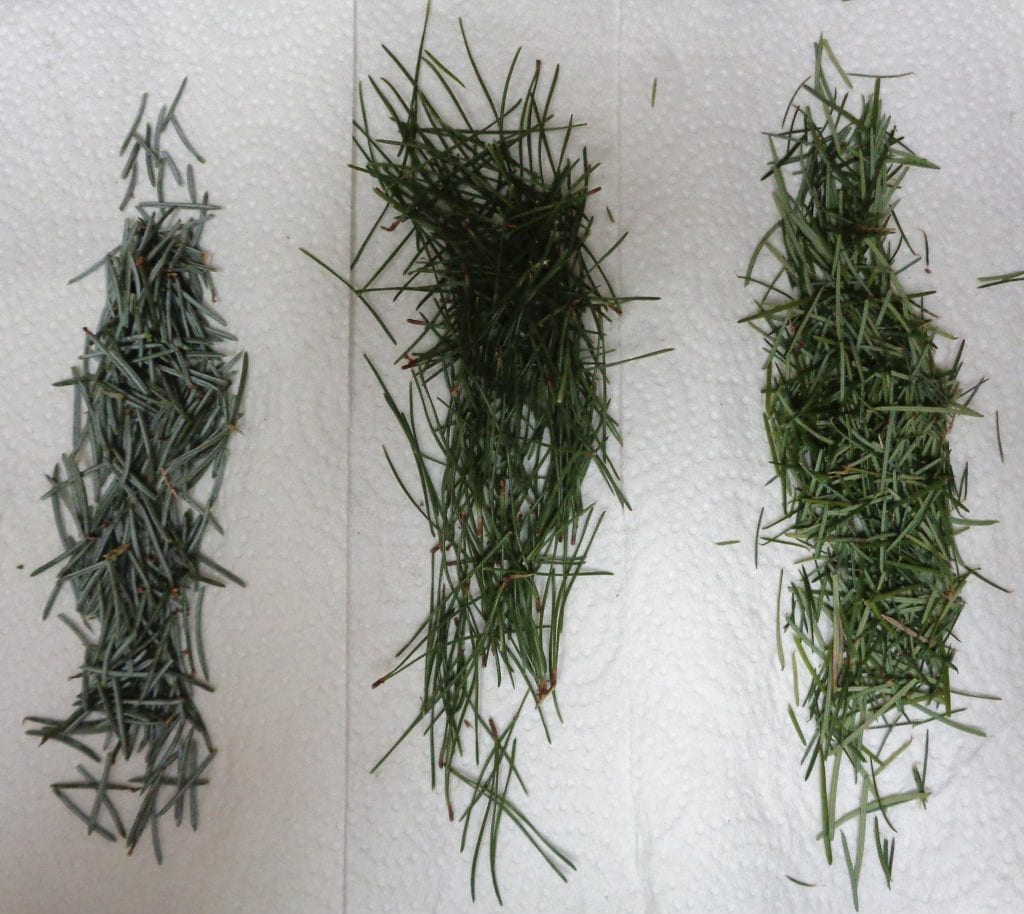 Separate, inspect, wash, clean and dry the needles. Gently heat the honey a few degrees. The only reason for doing this is to increase the viscosity and make it easier to mix the needles into the honey. Do not over heat. It destroys the micronutrients.

Either in a bowl or directly in a bottle, combine the needles and the honey. There is no hard and fast rule about the measurements. What is important though is that you have a good understanding of what you are picking. 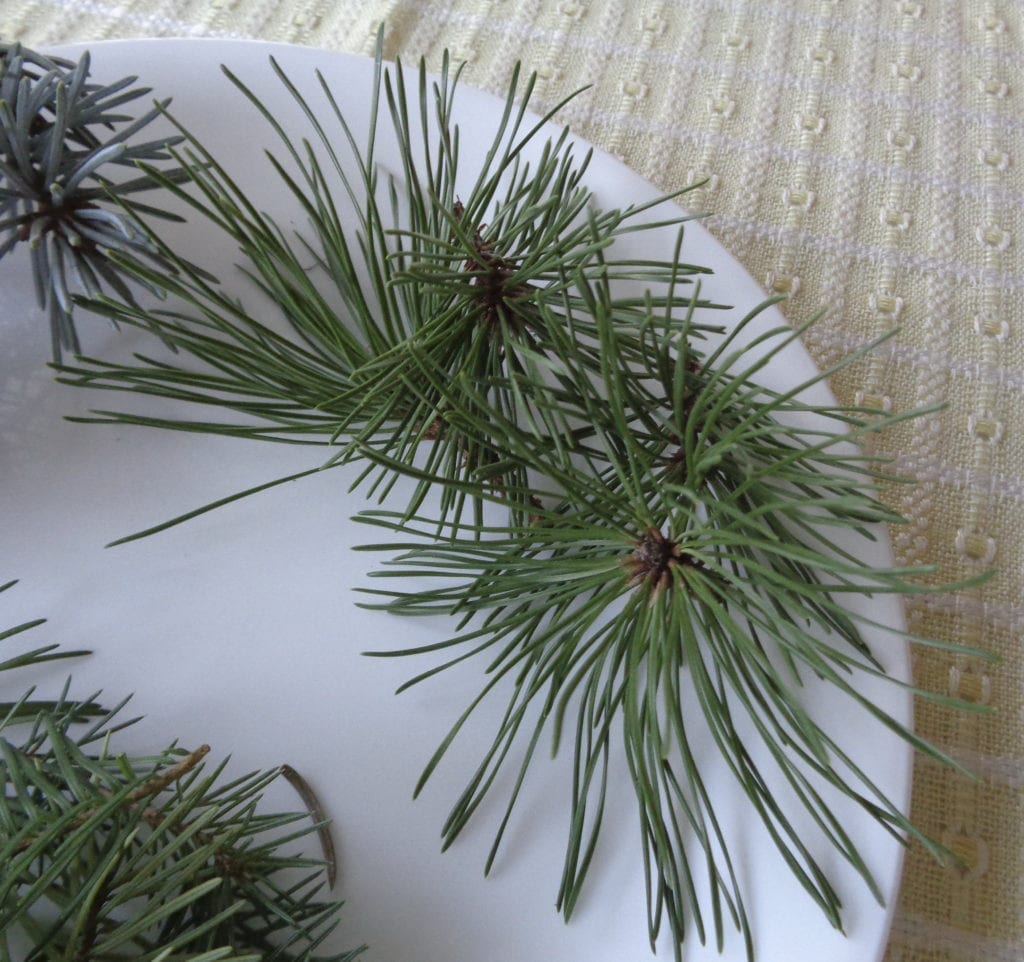 Pine  needles are high in Vitamin A & C but pine needles have been linked by some to possible miscarriages and certain varieties such as the Ponderosa, Norfolk Island and Yew needles can be toxic. 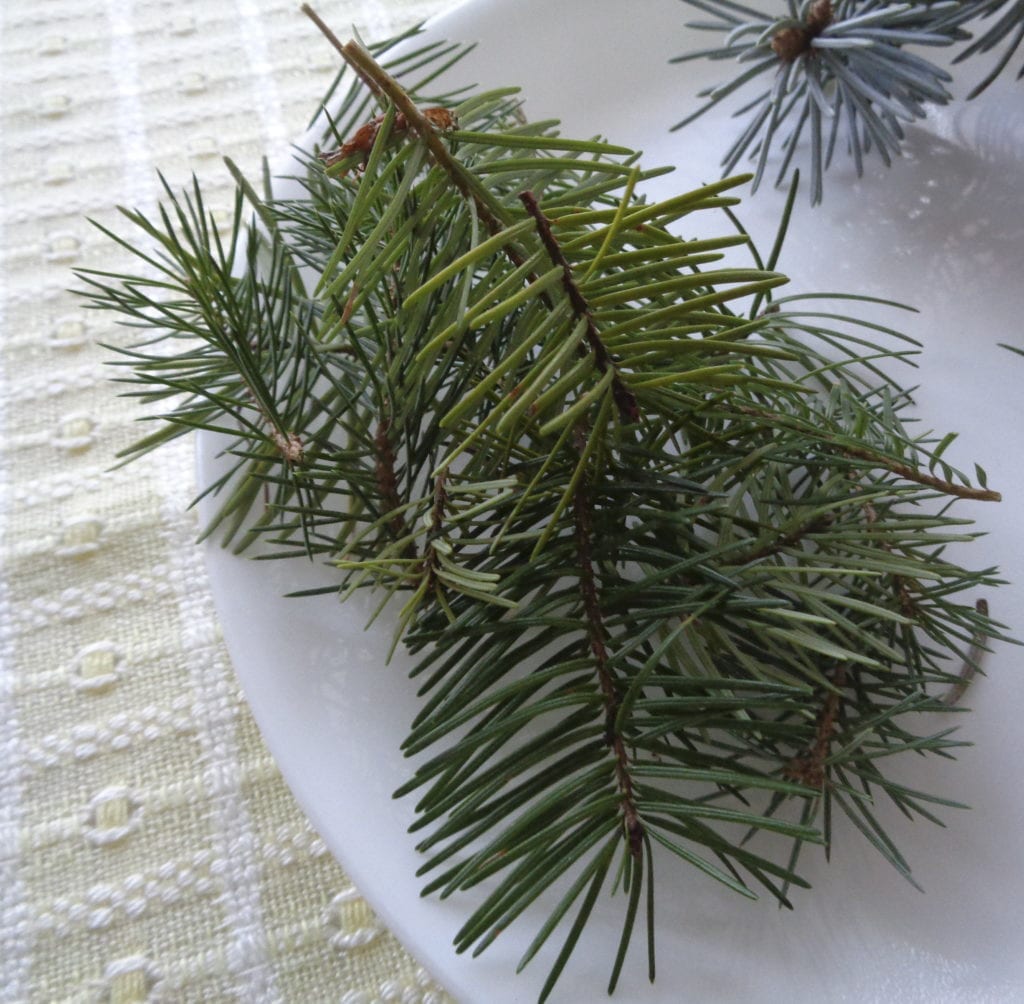 Douglas fir has a good reputation with sore throats. Try the finished honey in a mug with apple cider vinegar, ginger and hot water. Renee Davis writes, “for me, this tree has a strong relationship with the Water element, and with penetrating deep, dark places of the soul that are in need of healing.” 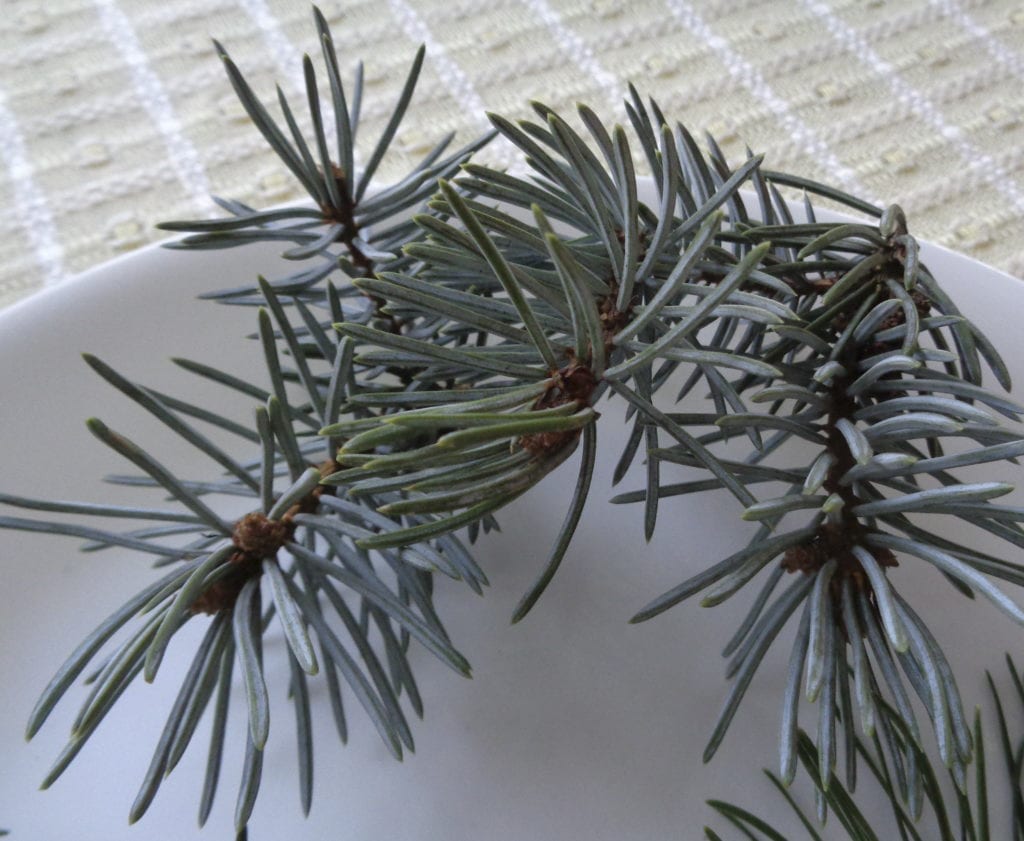 Spruce tips are also packed with Vitamin C, making it helpful with colds. As well it has carotenoids, potassium and magnesium and may enhance mineral absorption from grains and legumes.

You’ll want to collect your needles from trees at a good distance from the roadside to be sure they haven’t been exposed to exhaust chemicals. Know the area being used for gathering and whether there are any other reasons the plants might not be good to use ( garbage dump, chemical plant etc.) Take a good local plant identifier handbook along if you are, in any way, unsure of what you are picking. 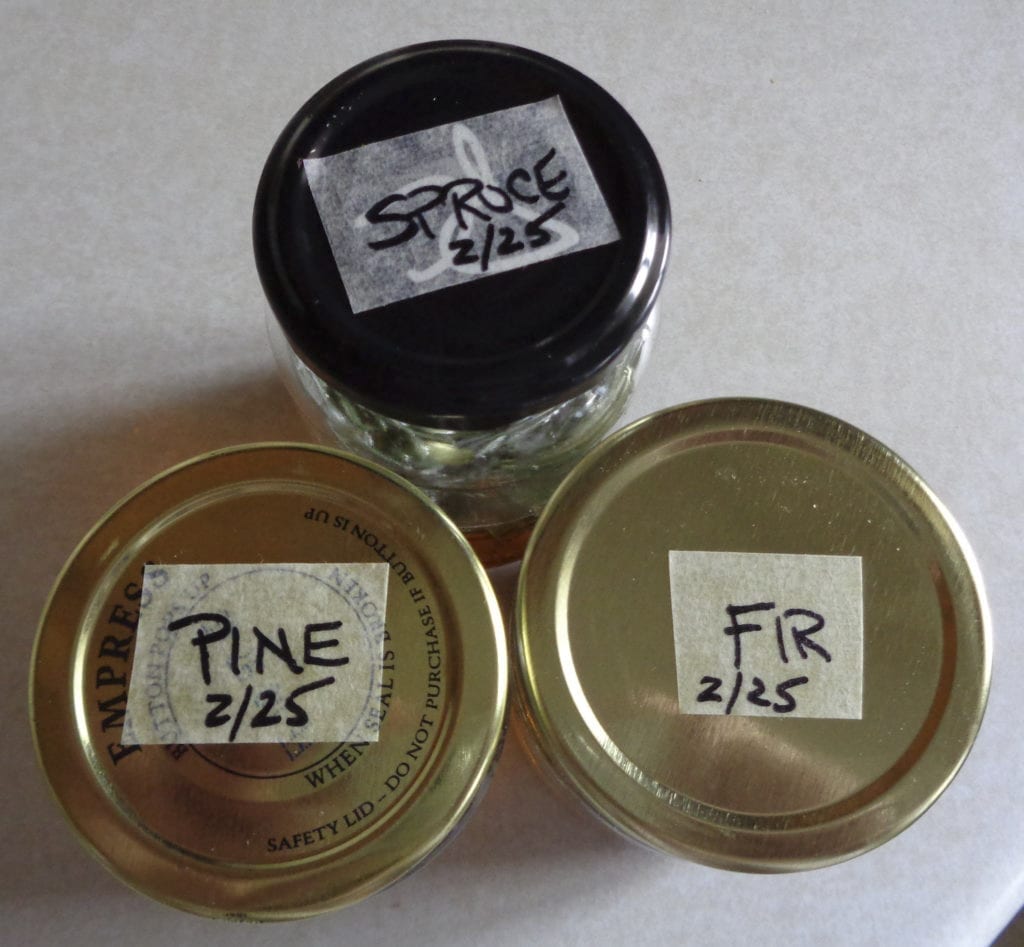 Make sure to date and label. Needles infuses at different rates and each year brings changes depending on the weather, health of the tree, ratio of honey to needles. Taste as you go along. 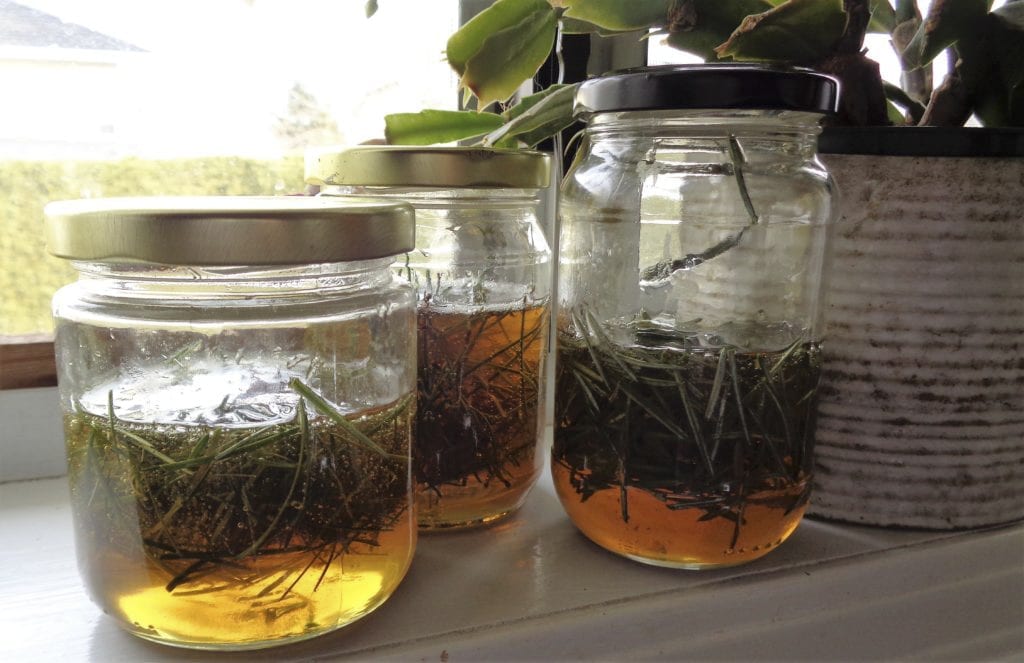 Pine needles are longer and will stay more in the middle of the honey. Fir and spruce tend to float on top. Flip the containers over, once a day to keep the needles covered and prevent mould if yours tend to sit on top as well. Use a toothpick to taste and see how things are coming along. Four to six weeks should be about right. If if ever gets too strong, add a little extra honey. Store in a dark location.

The more needles to honey, the quicker the flavour will transfer and the more honey will stick to the needles when it is strained. I made about 3/4 of a cup of each flavour this year with the needles above and will be experimenting with combining honeys once the individual flavours are ready.

When you are satisfied with the taste, strain the needles and enjoy.

Use as an alternative for maple syrup on pancakes, finishing glaze on meat,  tea sweetener to combat colds and sore throats or (with a thank-you nod to Andrea) drizzle a little over brie on a cracker for a unique appetizer/tasty snack. 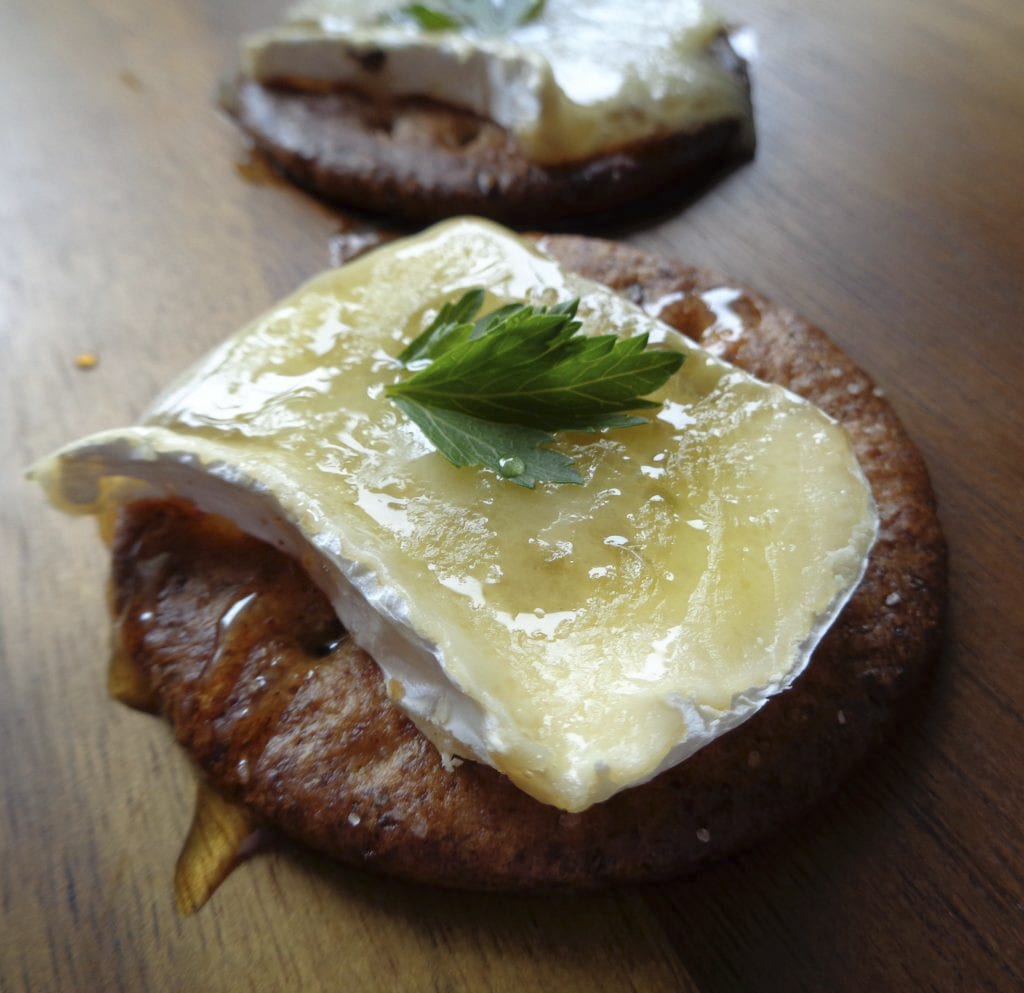 Posted in Herbs, Wildcrafting and other things Earth related.